Christmas is the biggest holiday of the year in England, with roots in the pagan midwinter festival of Yule in the bleak midwinter

Christmas in England is for most people the biggest holiday of the year. It was originally the midwinter pagan festival of Yule around the shortest day at a time when there was not so much work to do because crops weren't growing and short daylight hours left relatively little time for outdoors work. This was the opportunity to use the seasonally available down time to celebrate using foods saved from the summer and fattened livestock that would otherwise need feeding through the winter.

The modern Christmas season starts around early December and ends on New Years Day though planning can begin earlier than this.

The United Kingdom is now a largely secular country with deep roots in Christian traditions, present day Christmas is a combination of Christian and pagan traditions, foods, motifs and stories. It is celebrated in homes, in schools and in many workplaces. Decorations appear inside and outside homes, in shopping areas, along town and city centre streets and some public buildings. Celebratory parties, meals, and drinks with friends and colleagues happen on the lead up to Christmas Day on the 25th of December, a day usually spent with family when presents are exchanged and a traditional meal consumed, it is the feast day at the end of all the preparation.

The Christian and pagan aspects of Christmas are mixed and matched often with little regard for which is which. Families develop their own Christmas traditions which evolve and change with time and especially with the arrival and growth of children and grandchildren.

The traditional English name for the personification of Christmas and later the gift-giver also known as Santa Claus, both names are now used interchangeably.

The character of Father Christmas appeared in England the mid 1600's as a symbol of feasting and good cheer, a connection with olden times and nothing particularly to do with children, gift giving or any of the modern associations. In the mid 1850's the American version of Santa Claus was imported and the two figures slowly merged into one.

Three traditional and very popular foods that are eaten at Christmas. They are all richly flavoured, sweet and made with dried fruit. Some people have a problem with dried fruit, though all right minded folk don't and recognise it for the delicious indulgent treat it is.

Served as the dessert of the Christmas Day meal. A slowly steamed heavy fruit pudding flavoured with brandy amongst many other ingredients. It is traditionally brought to the dinner table where brandy or rum is poured over it and set alight before serving. It can be served with brandy butter, sweet white sauce, custard or even ice cream. The details of the Christmas pudding, the recipe, method of serving and what it is served with are all variable parts of individual family traditions.
buy Christmas pudding

A Christmas pudding ready to be cut and served, the last step is to pour brandy or rum over it and set fire to it, the lights are usually turned down to show the blue flames from the alcohol which soon burns off and the fire goes out.

A rich fruit cake that is often made several weeks before Christmas but not eaten until Christmas Day or afterwards. It is often covered with a layer of marzipan which is in turn covered with a layer of firm white icing before being decorated and finished off with a ribbon. The key to making a successful Christmas cake is to "feed" it with a top-up of alcohol, usually though not always brandy, added at the rate of about a large spoonful a week, this preserves the cake, adds flavour and prevents it from drying out, most of the alcohol evaporates before it is eaten. There are endless variations on these cakes, from the mix of fruits, nuts and other ingredients to the kind of alcohol added to the recipe and presence or not and style of the marzipan, icing and decorations.
buy Christmas cake

A homemade Christmas cake with a thick layer of marzipan and thin layer of icing, baking, icing and decorating the cake is often an event that includes the children, as well as a cake it becomes Christmas and winter in microcosm.

These are pastry cases filled with mincemeat which now days contains no meat at all. Historically dating back to the 1200's they had meat along with dried fruit and spices. As time went on the meat was lost and the "Christmas Pie" had become a sweet, fruity and non-meaty treat by Victorian times, though mincemeat usually contains animal fat in the form of suet.

Mincemeat (with no meat) in jars is sold before Christmas for people to make their own pies at home as are ready made mince pies. They are small individual pies that can be eaten cold or warm, for extra indulgence serve warm with brandy butter or cream. Like most English sweet treats they are best consumed with tea.

Somehow it seems ok to eat mince pies before Christmas as they signify the build up to Christmas rather than Christmas itself.
buy mincemeat

Mince pies for Christmas, usually mince pies are small individual pies like this, about 7cm in diameter

A Christmas cracker is a functional table decoration that starts off a Christmas meal. It is a lightweight tube of card wrapped in decorative paper with a twist at each end like a large wrapped sweet. Inside is a "snap", a paper hat, a piece of paper with a joke and a (very cheap) small gift. You take one end of your cracker and offer the other to your neighbour or across the table, each of you make sure you have hold of one end of the snap and pull. If you are successful, the snap goes off, the cracker splits and the contents are deposited on the table. You put on the hat, read out the (usually groan-worthy) joke and have a little play with the gift, the meal has officially begun.

...unless your particular family tradition is to do something else with them.
buy Christmas crackers

Every Christmas Day since 1932 the Monarch of the United Kingdom has made a speech which has been broadcast to the Commonwealth on Christmas Day. This began as a radio broadcast by King George V and was taken over by Queen Elizabeth II in 1952, it has been televised since 1957.

It is transmitted at 3 p.m. and is one of the most watched programmes on the day. Many families time it for the beginning or end of their Christmas Day meal, though of course it can now easily be watched later or earlier than this. It may more formally be referred to as The Queen's Christmas Message or the Royal Christmas Message.

Wassailing is derived from an old Anglo-Saxon tradition (circa the year 1000). At the beginning of each year, the lord of the manor would greet the assembled multitude with the toast waes hael – “be well” to which the reply was - drink hael, or “drink well”. Christmas Eve singing Christian carols, a perfect fusion of a pagan tradition overlaid with later Christianity.

There is also another version of wassailing that took place (and still does in some places) in orchards on twelfth night, a pagan-rooted tradition to wake the fruit trees (predominantly apple) from their winter slumber and ensure a good harvest in the year to come.
more on wassailing

Christmas caroling derived from the pagan practice of wassailing the houses

When Christmas was Banned by Law

In 1647 after the Civil War, the Puritan led English parliament abolished the Church of England along with holy days. Christmas Day and any celebration of Christmas was banned by law, it was declared "A popish festival with no biblical justification" and a time of wasteful and immoral behaviour, it was replaced with a day of fasting. It didn't go well with the people who didn't like having Christmas taken away from them, it also became a political statement to celebrate Christmas as it was against the government. This continued until 1660 when the monarchy was restored with King Charles II when the people were once again allowed to celebrate Christmas.

The druids burned fires of evergreen logs at the winter solstice to draw back the sun, this is thought to have led to the custom of burning a Yule Log which used to be one of the most carefully kept Christmas customs in England. A Yule Log was a large piece of wood, possibly a stump or root, it should be obtained from your own land or or given from a friend, neighbour or employer, to buy one was unlucky.

The Yule Log was brought home on Christmas Eve and put in the hearth, it was carefully lit using a saved piece of last years Yule Log which had protected the house from lightning and fires in the intervening year. Once lit it must burn for at least 12 hours or until all food from the Christmas Eve feast had been eaten and no more remained on the table.

The closest you're likely to get these days is a chocolate Yule Log served instead of or in addition to a Christmas Cake.

Bringing in the Yule Log - note, not everyone in Ye Olden Dayes lived in such a large house

Though few in England attend church or identify as practicing Christians, school nativity plays are very popular in primary schools (to age 11). The build up to the play, casting the parts, practicing and performing are all part of the Christmas season that serves to heighten excitement amongst young children, their parents and other family members alike. Tickets to the plays are commonly restricted to ensure that all parents that want to go can and so there isn't too big an audience of extra family members. I am pleased to be able to report that I was once Joseph in my schools nativity play following an apprenticship in former years building up to the part while playing such roles as 3rd sheep, 2nd shepherd etc.

While theatrical productions called pantomimes exist in other countries, they are quite different to pantomime in Britain. They start around Christmas and go on for a month or two in the new year. The roots of British pantomime go back to the 1300's, they are based on traditional stories, usually fairy or folk tales, Snow White, Babes in the Wood, Sleeping Beauty, Aladdin, Dick Whittington etc. and are nothing to do with mime.

They are family entertainment often with well known popular actors from tv playing larger than life characters with some expected audience participation segments. If you get a chance to go, you should as they are an unusual and probably unique experience if you aren't familiar with them. They are performed in some of the biggest and most famous London theatres, in theatres around the country and in town and village halls with professional and amateur actors alike.

Pantomime, this one is Dick Whittington - Women dressed as men, men dressed as women, bright and bold costumes, old stories and modern dialogue, cheesiness abounds! (in a good way) 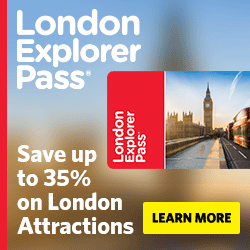 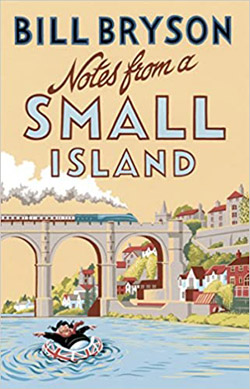 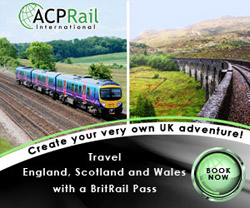 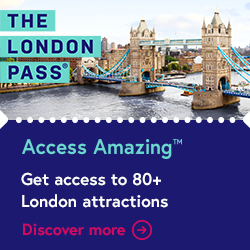